/ Get a Project Estimate

Engraving of Tributes on Bronze Bells

The Verdin Company™ is a world-renowned, sixth generation family-owned manufacturer of cast bronze bells since 1842. Acsent has been engraving inscriptions and graphics on Verdin’s Bells for 25 years. 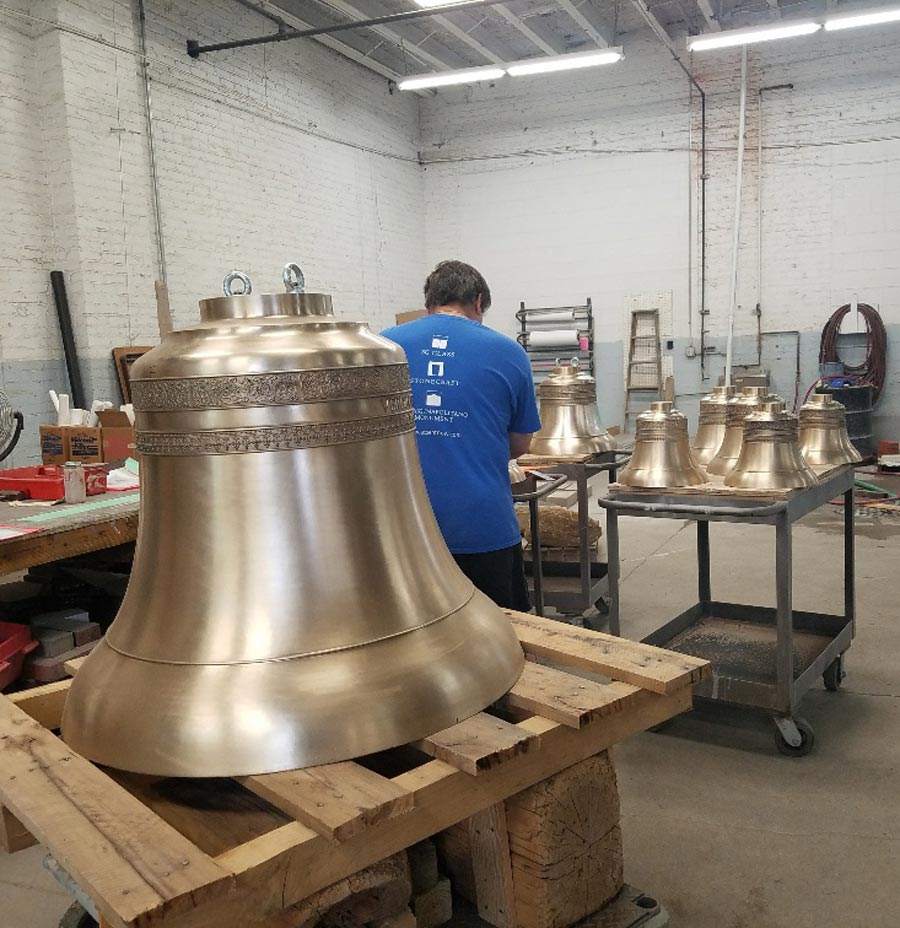 The creation and casting of a bronze bell is a fascinating process. The casting process takes tremendous ingenuity, experience and skill and is a technique that Verdin has perfected over it’s 175 year history. There are “how it’s made” videos of the creation of a bronze bell all over the internet and especially on Verdin’s own website. Acsent’s engraving on the bells is a small part of the overall process and naturally takes place after the bells have been cast, finished and polished.

The method of engraving graphics on bronze is much the same as engraving on stone, glass, brick, concrete or any other material. The overall method is the same, however due to the unique nature of bronze metal, there are slight changes in the materials used and techniques employed.

The Bronze Bell Design and Engraving Process with Verdin:

The process begins when Verdin creates the designs to be engraved. Verdin sales people work with their clients to determine what information or graphics are desired to be engraved on the bell. Verdin’s art department then translates the information into a computer-generated graphic design. The design is then approved by clients and sent to Acsent along with the bell. 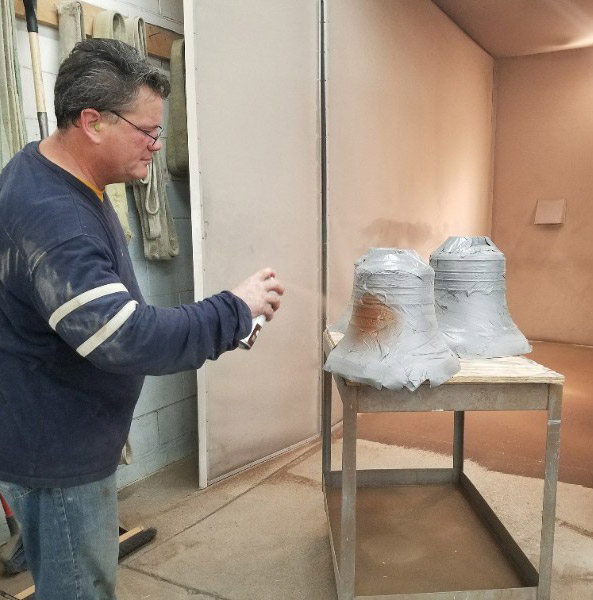 Applying paint to the bell inscription

Acsent’s design department converts the art with our production software and sandblast masks are prepared to be used in the engraving process. Sandblast masking is thick rubber material that resists sandblasting and the design is cut into the mask using a computer plotter. The shop layout craftsman glue the mask to the bell and remove from the mask the areas to be blasted. Skilled technicians sandblast the exposed graphics until the bronze has been etched to the proper depth. The masking material, sandblast abrasive and blasting pressure are similar to those used to engrave granite. Finally, the inscription is painted and the bell cleaned.

The variety and complexity of the engraving over the years has been quite extensive. From organizational logos to long lists of names, bible verses and tributes from the heart. The commemorative engraving on the bell makes it very special and personal, and very meaningful to those involved.

Acsent is very proud of it’s long relationship with Verdin. We hope to have many more years of this tremendous working partnership with such an outstanding and highly respected organization.

Many of the bells we have engraved for Verdin are showcased in churches, buildings and landscapes all over the country. Pictures of some of these bells, such as the Honor Bell and the Loyola University bells, can be seen on Verdin’s website. A partial list of Verdin Bells that we have engraved over the years include:

Below are more photos of the bell creation process: 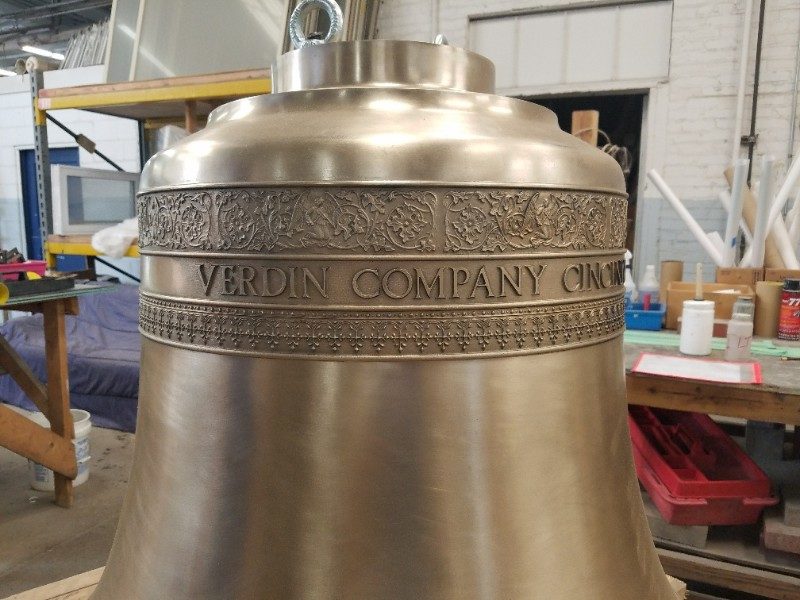 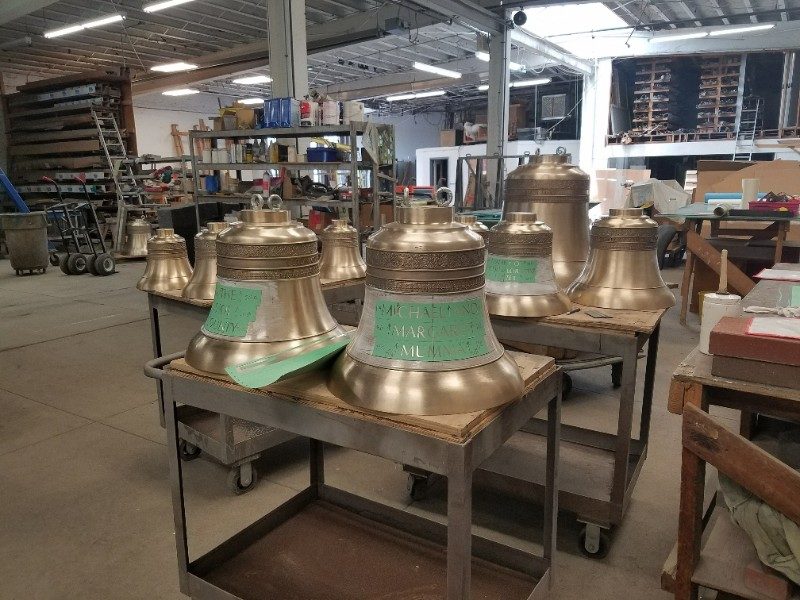 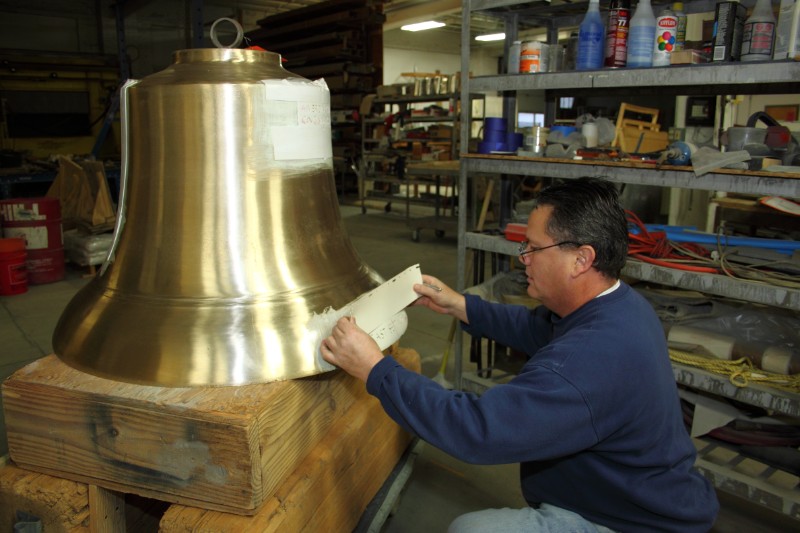 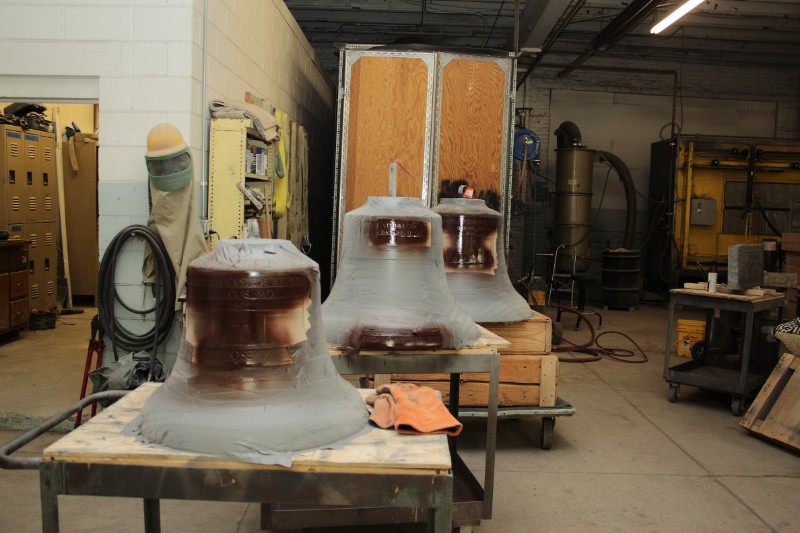 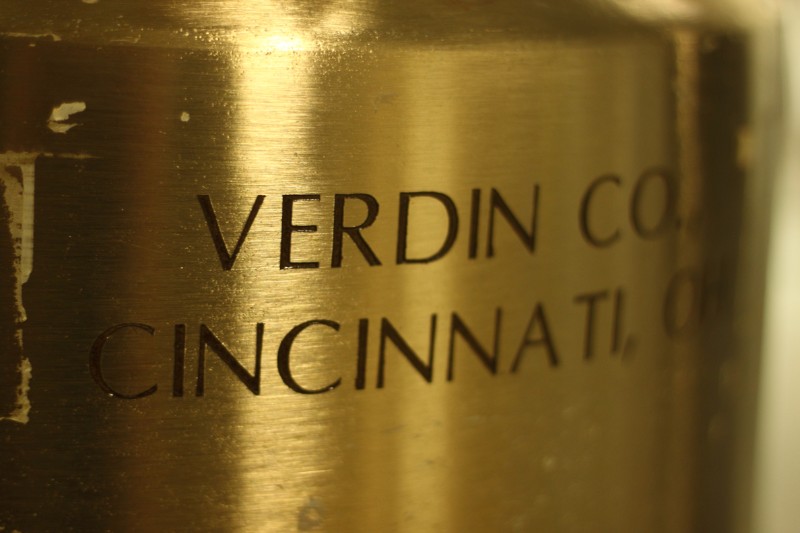 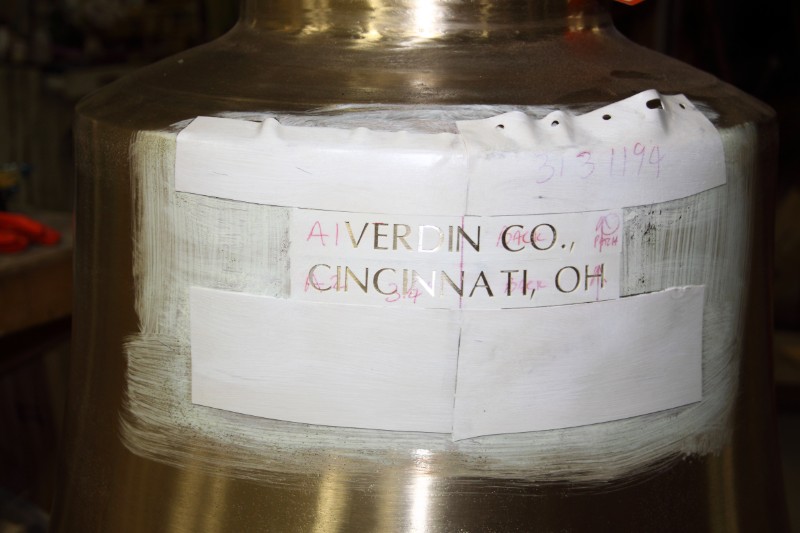 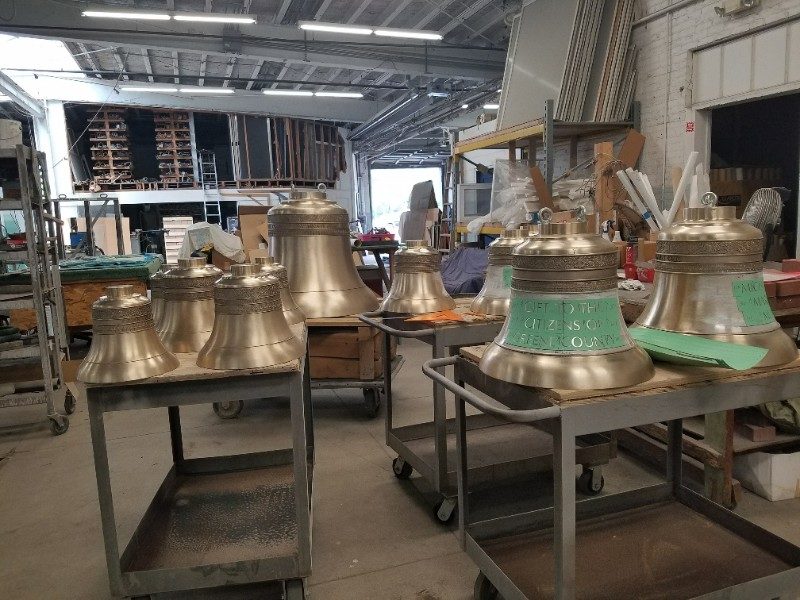 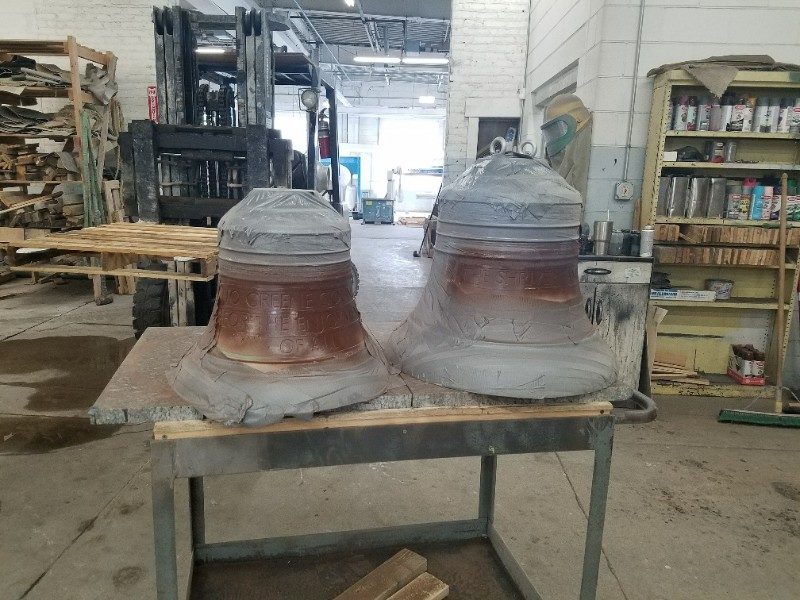 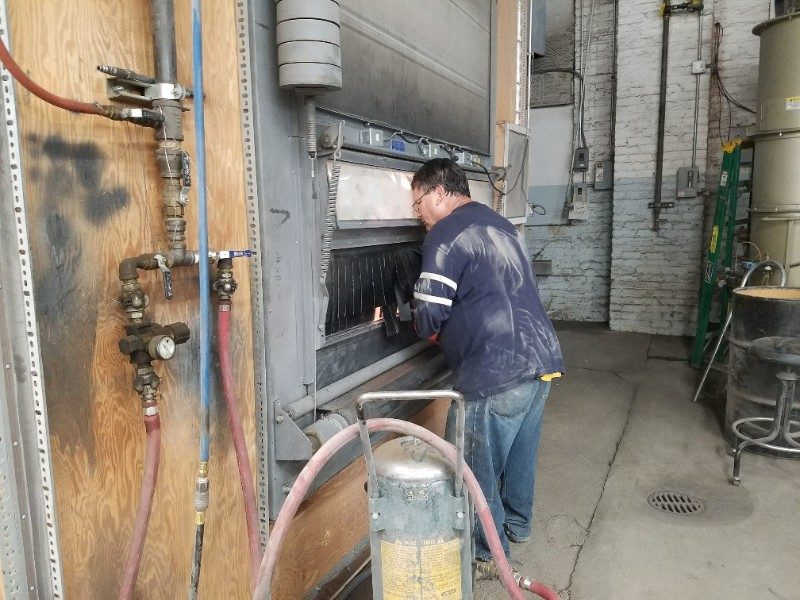 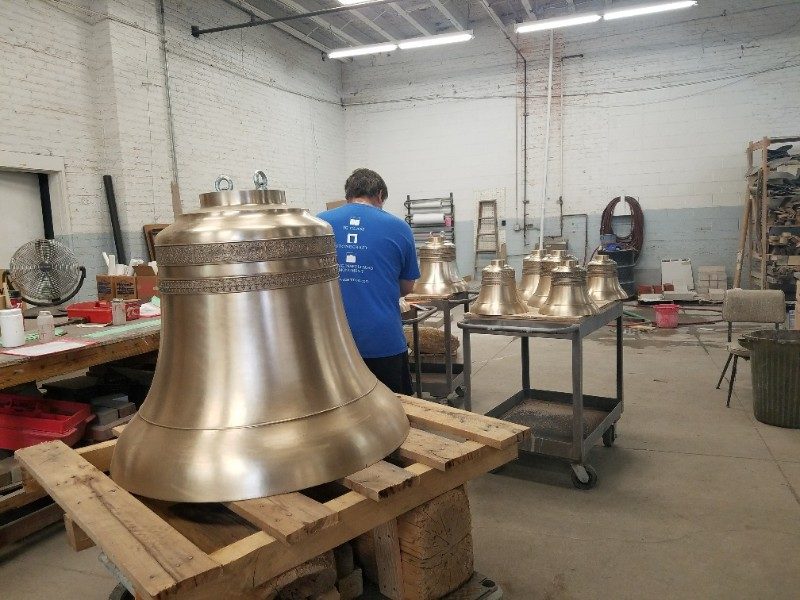 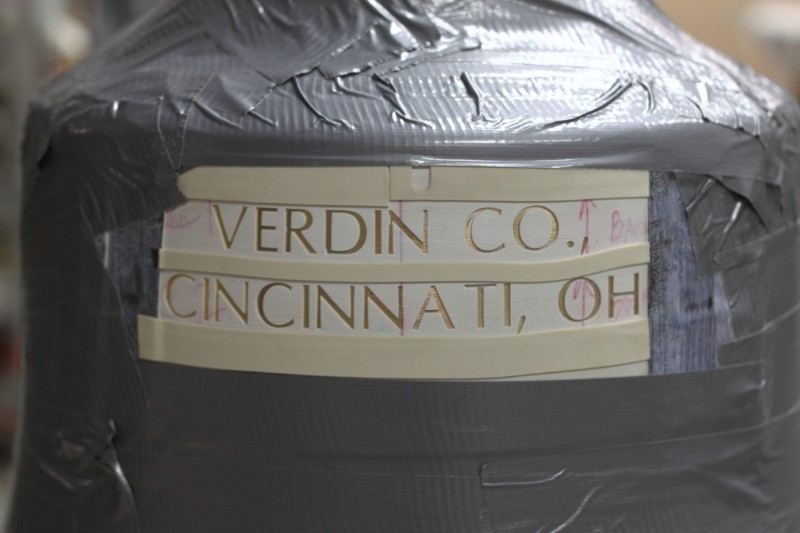 Free Estimates and Consultations for your custom stone, glass and metal project.

ACSENT offers a range of materials and processes you can incorporate into your designs. Etched glass, engraved stone, cast metal, hand-carved statuary and traditional and contemporary ornamental works. Our craftsman and artisan are cross-trained and skilled in various disciplines. ACSENT also has access to studios and craftsman from around the world. Let our courteous staff guide you through your design and material selection process to give you a solution that brings your vision to life.